La Petite Morte has completely redone its body, and now offers appliers for slink, maitreya, and belleza with every purchase. Available in 4 tones; fair, peaches & cream, sunkissed and bronze; and 2 cleavage options. With its new body LPM has 2 releases! 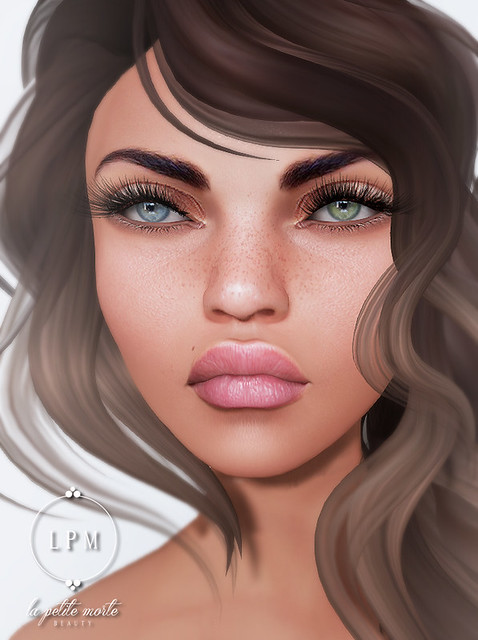 First we have Minka, an applier for Lelutka available at Skin Fair. 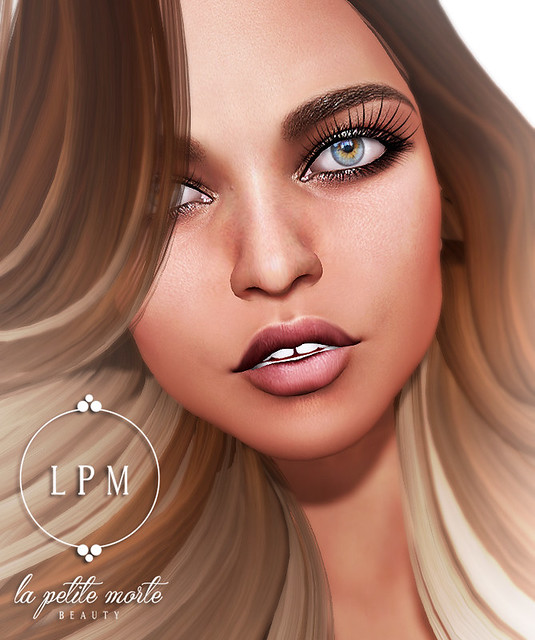 Then we have the lovely Esther, an applier for Catwa available at The Liaison Collaborative.

Also all skins, appliers etc prior to the 2016 Skin line release have been marked down to 100L. YES 100L! Available only in the discount room at the mainstore.

Hello Skinnies! It is that time of the week again. But this week is extra special for all of our skin addicts, because Skin Fair opened. Most of the new releases this week can all be found at Skin Fair. Because of this at the end of the post are the maps and the landmarks to the two sim locations.

Avenge – released three Catwa appliers at Skin Fair. Layla and Angel for the ladies and Joshua for the dudes.

Belleza – released Lianne with Catwa appliers at The Liaison Collaborative. They also releaed the lovely Julia with Lelukta appliers at Skin Fair.

Izzie’s – Released the Anya skin and the Anne skin with LOGO appliers at Skin Fair.

AE – releaed Rebecca and Julia at Skin Fair for the ladies and Oliver (no preview provided) for the gents.

DeeTaleZ – released Kisha, Kim and Kanita as Catwa appliers, Kisha as a Lelutka applier, and Kemina as a Logo applier at Skin Fair.

Lumae – released Eirtae in both natural and fantasy tones at Skin Fair.

Swallow – released Miriam as a Lelutka applier, Lucy for LOGO/Omega, and Simon Senior and Junior for TMP at Skin Fair.

TheSkinnery – released Celine and Grace as Catwa and Logo appliers at Skin Fair.

Akeruka – released the Julia mesh head at their mainstore location.

As promised, your Skin Fair details:

…and that is the skinny, Skinnies!

Remember, you can get these notices in group and have access to one of the most helpful groups in SL and their knowledge base by joining the Skin Addiction group in world for free. https://app/group/254db099-7966-1350-5766-c977fb2da5b3/about

New at We ❤ RP, 2 new fantasy skins converted for Catwa, Lelutka and Genesis Lab heads! 50% off for the duration of the event. 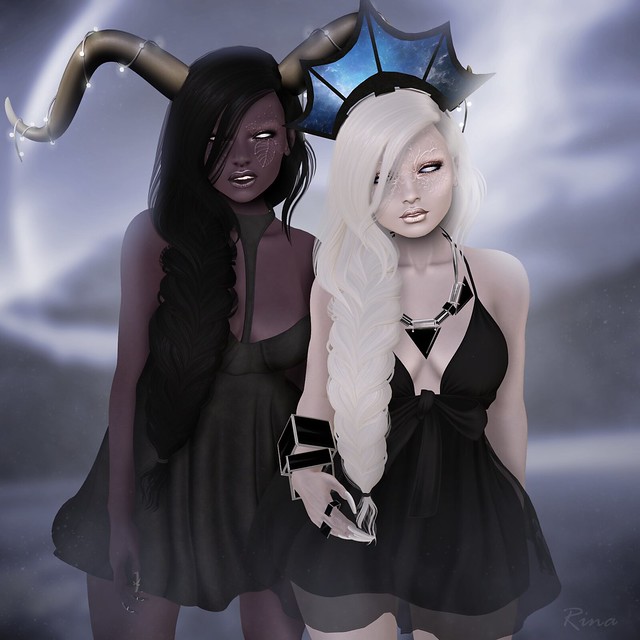 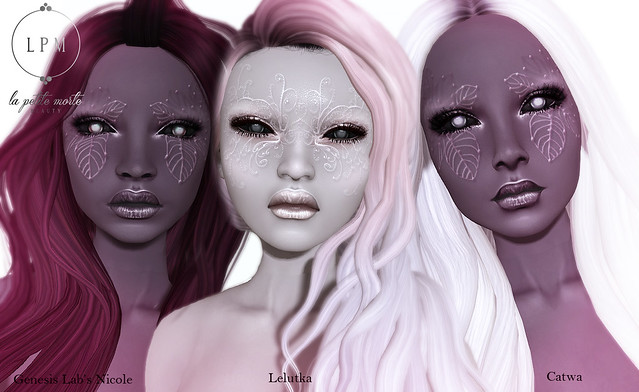 La Petite Morte is participating in Skin Addiction’s Black Friday Sale, by marking their entire store 50% off. Along with that discount, LPM has released a Catwa applier of the popular Ellen skin for only 100L per tone! These prices only last through the 29th, so be sure to get yours now! 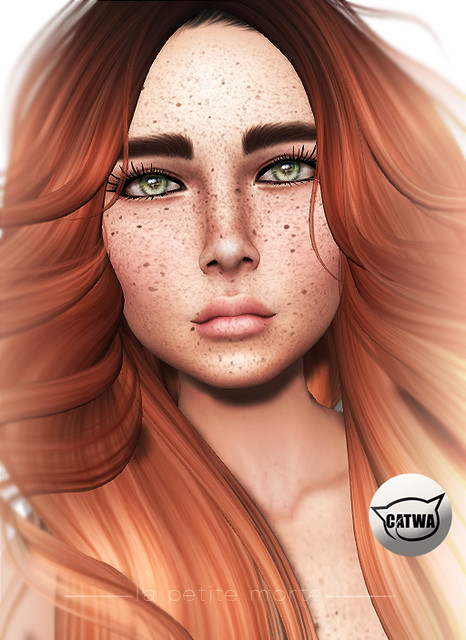 **You MUST be a member of the inworld group, Skin Addiction, in order to get your discount. Please click the sign next to the ads in order to join.** 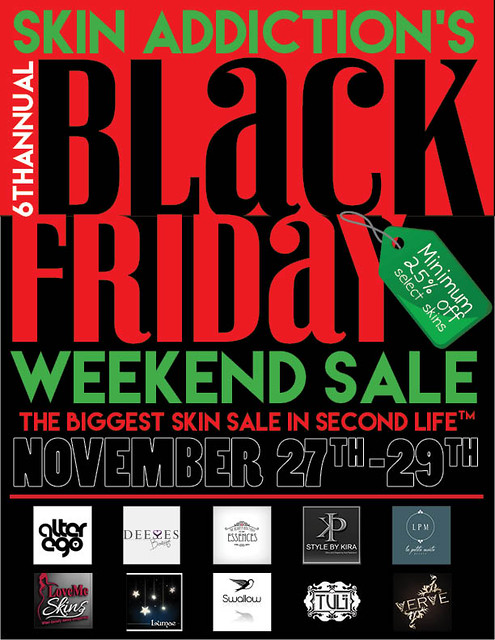 Welcome to Skin Addiction’s 6th Annual Black Friday Weekend, where participating designers have marked down select skins just for you! With a minimum 25% discount, you are bound to find your new favorite skin(s) for a great price!

1. You must first be a member of Skin Addiction. (tp here and click the sign to join)
2. MOST IMPORTANT-wear the Skin Addiction group tag – if you are not wearing the tag you WON’T receive the discount, and we at SA and the designers are NOT responsible for purchases made through this error.
3. Look for skins marked with the special discount tag.

4. Buy the skin and you will be refunded the difference (unless otherwise stated by designer)

Along with these other amazing stores:

Happy um..Sunday, Skinnies! I’m getting later and later. Someone needs to micromanage me. I’m sorry for the delay but without further ado is your Skin Addiction Weekly Roundup,  keeping you lazy and skinned.

Ooh-la-licious – Released Candy Girl in twelves skin tones at The 24.

WoW Skins – Released Fatma V2 at their mainstore location and Diva V2 at The 24.

October’s 4Seasons – Released Alisha in Blossom at her mainstore location.

Essences – Released Amelie at Cosmopolitan and the TMP head installer at The Body Modificaiton Expo, but the Amelie gacha at Cosmetic Fair. They also have released Ariel at Kustom9.

Also, you can get these notices in group and have access to one of the most helpful groups in SL and their knowledge base by joining the Skin Addiction group in world for free. Skin Addiction

Don’t forget! If you miss an opportunity to visit one of the events listed below, before they close, you can  stop by the main store locations to see if the releases will be an in store item afterwards.

That is all for this week Skinnies! I’ll be here next week with more skin news. 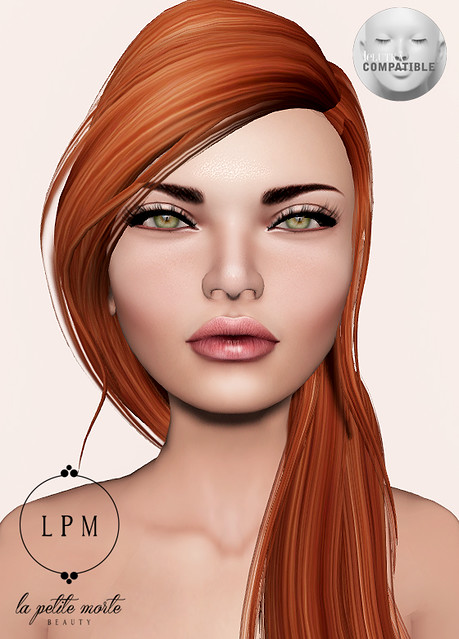 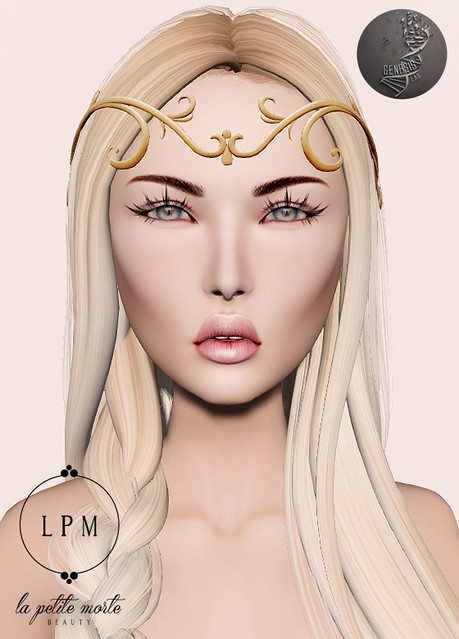 La Petite Morte adds to their growing collection of Lelutka and Genesis Lab appliers with the next in line, Maja! Currently available at the Body Modification Expo for 50% off. 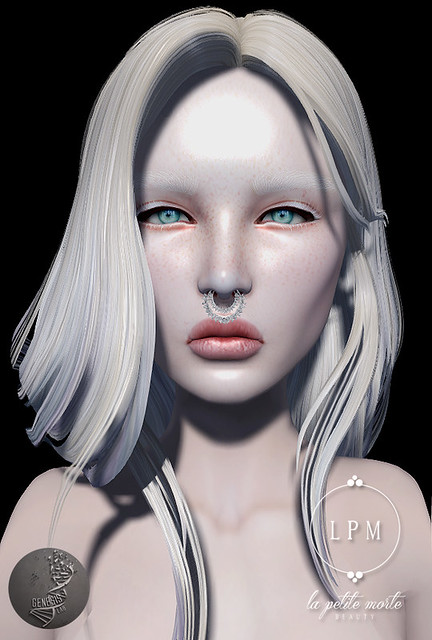 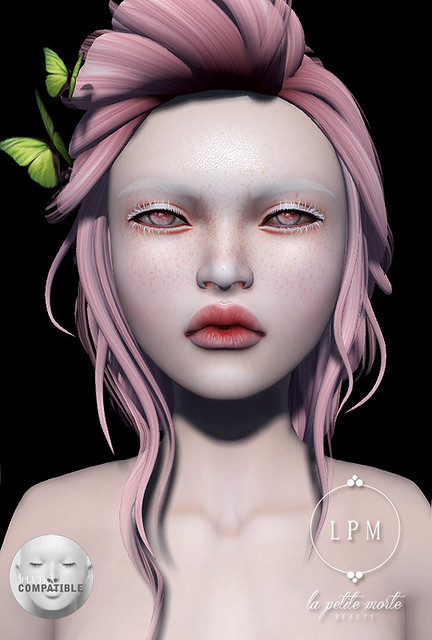 La Petite Morte has made Lelutka, and Genesis Lab appliers for their albino skin! 50% off, only available at We ❤ Role-Play! 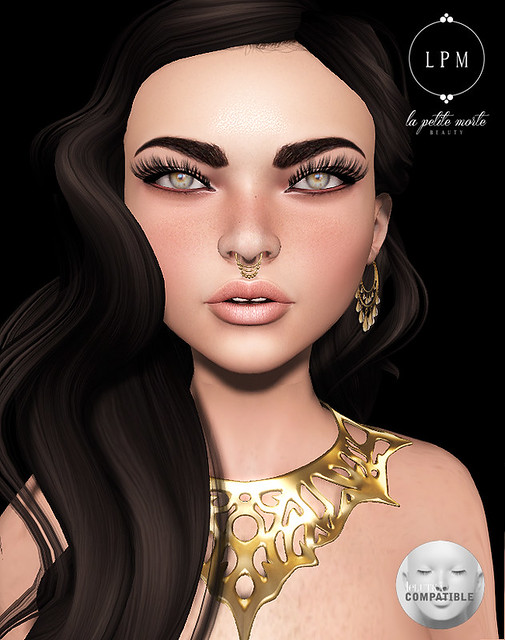 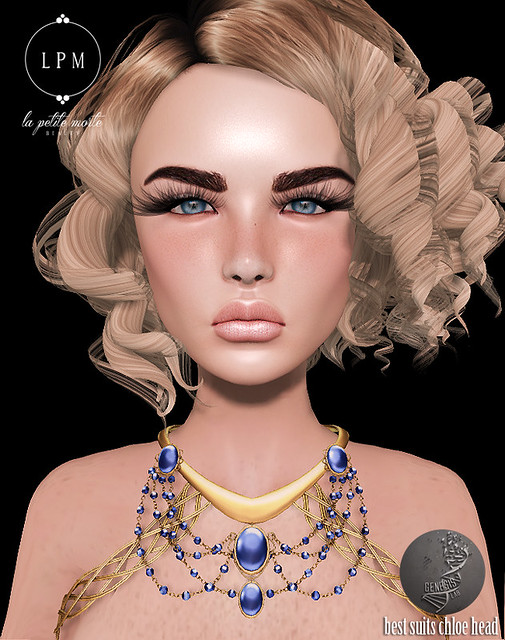 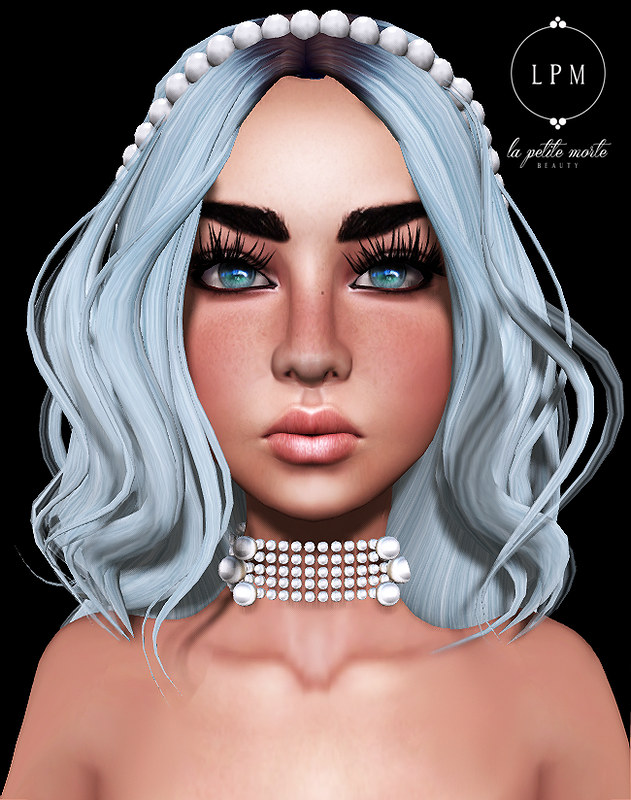 La Petite Morte has finally come around and started making appliers for Lelutka and Genesis Lab mesh heads. As a special introductory promotion, LPM is offering tone 3 of the Genesis Lab appliers, and tone 5 of the Lelutka appliers of our latest skin, Ashley, for only 75L for the Saturday sale. Available only at the mainstore.